What’s in a Name?

The topic of names could cover quite a wide variety of areas, such as naming babies, place names, collective names of animal groups, or translations of names into languages such as Elvish or Runes; but I’d like to focus on the naming of characters for fiction writers.

Choosing character names can be fairly straightforward if you’re writing contemporary fiction; having said that, be sure to choose names that are not too similar from one character to the next. Unless there is a reason for close names, such as Sandy and Brandi for twins, the names need to stand apart to help readers keep straight who’s who, especially if there are multiple characters in a scene.  In Lord of the Rings, however, JRR Tolkien uses names to comical effect when naming the dwarves: Bifur, Bofur & Bombur; Dori, Nori & Ori; Kili & Fili; Balin & Dwalin; Gloin & Oin; only Thorin stands out as leader and king with a unique name.

When choosing names for modern characters, consider their place, time and age:  If you’re writing a grandfatherly character, he can have a name that was popular in the ‘30s or ‘40s; but if your character is in their 20s, then don’t name them Mildred or Frank.  If you are writing children’s fiction, keep the names modern and simple to pronounce when reading aloud.

If you’re writing historical fiction, consider the era and country in which you’ve set your characters.  For my 18th century trilogy, I compiled a list of names from parish records in southern England from the early-to-mid 18th century, and then condensed it down according to frequency; that gave me a list of the top 20 male names and top 20 females names from which to choose.  Back then, children could only be christened with Christian names approved of by the church; names of kings and queens were popular, such as James, William, Charles, Anne, Charlotte, or Elizabeth.  Biblical names from the New Testament such as Timothy or Mary were also popular, but Old Testament names, such as Jacob or Rachel, were only given to Jewish children.  If you’re setting your story in the ancient Middle East, then find out what names were common then and there; just make sure that whatever you name your characters, they’re easy to read.  Combinations of consonants that are difficult to read will be skipped over – a pity, if your main character is saddled with a forgettable name, such as Cthulhu (Lovecraft), or Tylwyth or Tleilax (Dune).  In my 18th century trilogy, I also had a few characters’ names which emphasized their general character:  Mrs Stacklesprat was a prickly, withered, gossiping, sour woman, while Mrs Huddlepoke was a cuddly, motherly, soft & jolly woman.

For Science Fiction and Fantasy genres, names can be drawn from sources such as planets, galaxies or stars (Andromeda, Galaxus, Draco), or objects such as trees or flowers, or natural occurrences (Vortex, Sparkle, Wave, etc.)

There are so many resources available for choosing names these days:  Online you’ll find dozens of sites for baby names and what they mean; a great place to find names is in film credits – I watch those with pen in hand, and when I find an interesting first or last name, I jot them down; you can combine them randomly and come up with some great fictional names.

Things to consider when choosing your names:

I hope these thoughts help you on your way to choosing memorable character names for your own projects.  Whatever you do, keep writing! 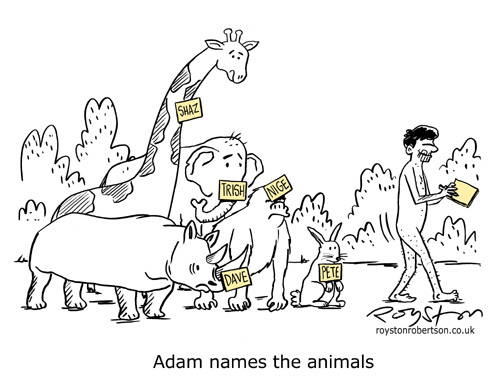