Throughout literary history, archetypes have been used to help us relate to characters, their stories, the morals of the tale and the paths they choose and why.  Understanding the archetypes helps to figure out how to portray a particular character; it keeps you on the “same page” as you write, as you develop characters, and try to figure out what makes them tick and where that ticking will take you and them.  Today I’d like to take a closer look at Aphrodite and her male counterpart, Dionysus.  I’ll give examples of these characters from films and books, relatable to most whether you like to read or prefer the visual experience of film.

Aphrodite was the Greek goddess of love, pleasure, beauty and procreation.  Like a coin, there are two sides to the character:  The Lover (or seductive muse), and the Femme Fatale.  On the Lover’s side of the coin, there are characters such as Julia Roberts in Pretty Woman, or Ginger on Gilligan’s Island.  The positive side of this character motivates others to improve themselves.  The flip side of that coin are seen in Sharon Stone’s portrayal in Basic Instinct, Kim Novak’s character in Vertigo, or the Bible characters of Salome or Delilah.  On one side you have a character that is nurturing, attractive, seductive and at the core often good, while the Femme Fatale is seductive with often quite dark ulterior motives.  Sean Young’s character in Blade Runner is a good example of the Seductive Muse; she forces Harrison Ford’s character to examine his own sense of humanity by her mere existence. 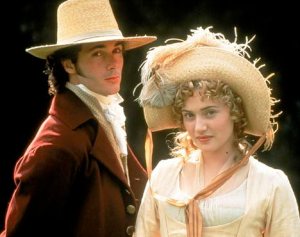 Dionysus is her male counterpart:  His two sides are the Woman’s Man, and the Seducer.  Either way, Dionysus needs women in his life.  He loves women; on the positive side, he loves to make women feel loved.  The flip side is abuse in one form or another, with darker motivations behind his love.  Fifty Shades of Grey is a touchy topic right now; on one hand it’s immensely popular, and on the other very harshly condemned as glorifying abuse, violence and manipulation in the guise of relationship or love.  I tend toward the latter view, as did the main actor in interviews during his junket (he often found himself apologizing to his co-star after their scenes, which speaks volumes about his instincts of what’s right and wrong, and Shades definitely crossed that line for him and for a growing number of critics).  Other examples are Mel Gibson’s character in What Women Want – his character makes the arc from the negative side to the positive; Cary Grant’s character in An Affair to Remember makes a similar arc.  Leo DeCaprio’s Jack in Titanic sits firmly on the positive side of the coin, and makes for a memorable and loved character.  Count Dracula is a typical Seducer, as is Jane Austen’s character of Mr Willoughby in Sense and Sensibility.

There are many other archetypes; if you’d like to know more on the topic, check out Victoria Lynn Schmidt’s 45 Master Characters.