I recently watched the film “Emma”, with Gwyneth Paltrow and Jeremy Northam; as the proposal scene was playing, I noticed her earring and wondered if that was historically accurate – did they have pierced earrings in England at that time (the early 1800s)? I’m not into fashion (that’s an understatement – I’m very pragmatic when it comes to clothes!), but the historical aspect fascinated me enough to look into the matter.

While we have probably all heard of “Girl with a Pearl Earring”, painted ~1665 by Johannes Vermeer (doubts have been raised as to whether it is actually pearl or rather polished tin or coque de perle, given the reflective qualities and size, but that’s another issue), it is a Dutch painting from the 17th century and thus doesn’t answer my question. My interest lies more in the 1700s (18th Century) of Britain, and so I began researching 18th C. English portraits.

I discovered that, while there are many portraits with earrings displayed, there are far more without. So it would have been possible, but was by no means as common as it is today. Also, sometimes the current hairstyle hid the ears, such as that of the 1770s and 1780s, or perhaps their ears were hidden by the custom of married women wearing mob caps, even beneath other “public” hats. 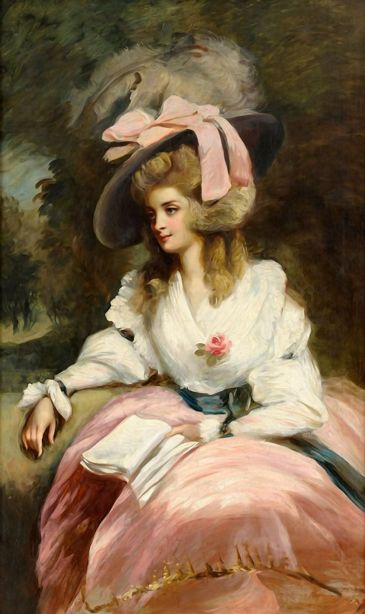 Typical 1780s hairstyle; such a style would have either hidden earrings or made them obsolete. 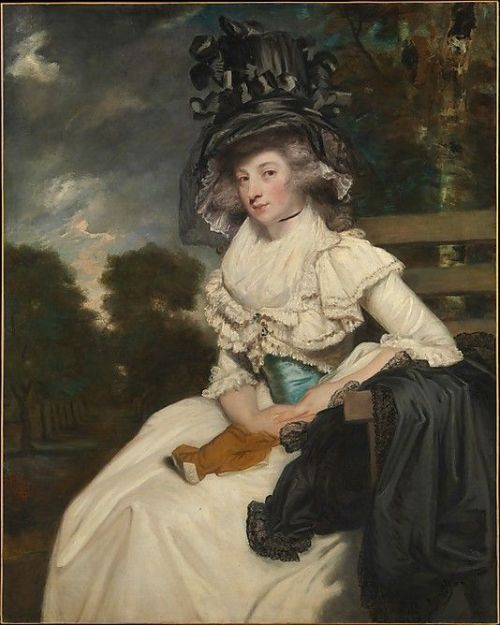 A married woman wearing a mob cap under her bonnet (though from the black cape and hat combined with a white dress, she may be at the end of a period of mourning, wearing “half weeds”). Mrs Lewis Thomas Watson (Mary Elizabeth Milles, 1767–1818) by Sir Joshua Reynolds, 1789

The portraits do not reveal whether or not they were merely clip-on earrings or studs, though ear piercing has been around for centuries, varying in intensity and use from culture to culture (some for religious purposes, some for ownership such as slave earrings, and others were status symbols for royalty or nobility). I’ve found many portraits from Europe as a whole, between the 16th and 19th centuries which portray women wearing earrings; here are a few, with their details: 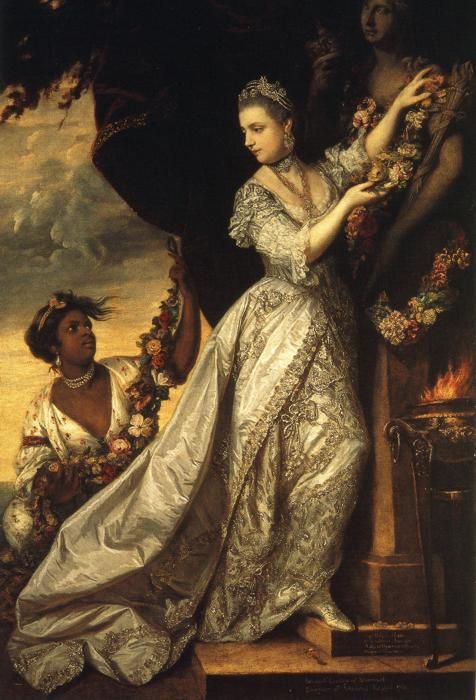 1761, by Joshua Reynolds: Lady Elizabeth Keppel. Note that the Indian woman is also wearing an earring(s), and a rope of pearls; I don’t know whether she is portrayed as a servant or merely inferior in rank, due to her placement in the portrait… 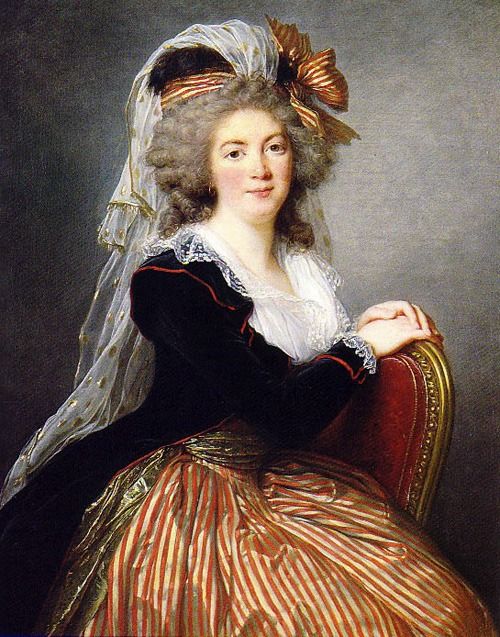 Genevieve-Sophie le Coulteux du Molay, 1788 by Elisabeth Louise Vigee Le Brun. Though this is a French portrait by subject & painter, it is from the period in question and displays a hoop earring, as well as the hairstyle common in this period in England as well. 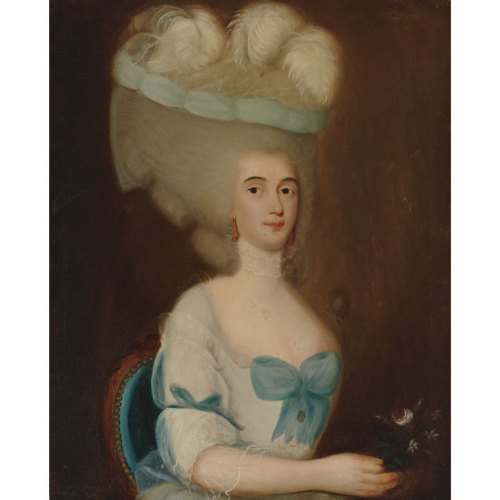 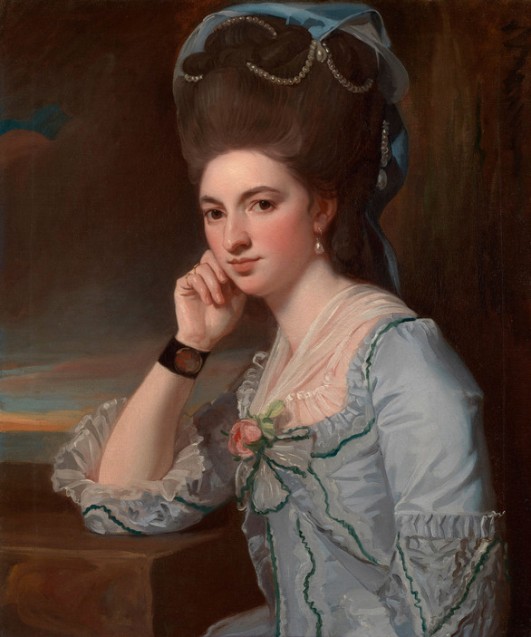 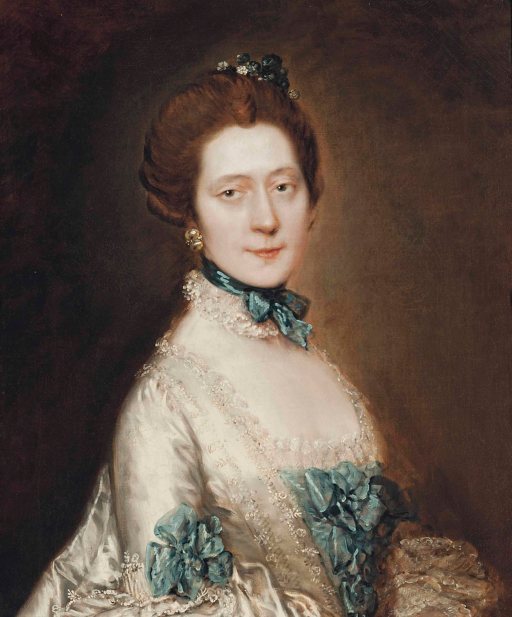