Mississippi and Chinese are not two terms one usually expects to see in the same sentence; yet it’s a slice of history worth undusting (though, for those who grew up in this subculture of the South, it’s not history, but reality): An industrious, well-educated but small population of Chinese immigrants made a significant impact on the economy and social environment of their communities along the Mississippi Delta.

The first influx of Chinese to America came in the pioneering days, when they worked in gold mines, along railroads, and provided laundry services in the Old West.  More came to work in the cotton fields of the South when the plantation owners could no longer count on free slave labour.  Most of these Chinese came from Guangdong province in China, which has a similar climate to the Delta.  The opportunity for work in America afforded them the chance to help support their family members who remained behind in China.  They quickly established themselves in a niche market between the whites and the blacks, serving both communities with segregated grocery stores.

During the Chinese Exclusion Act (1882-1943), they were unable to own property, so the families lived behind their stores in the same building; their children all attended one-room schoolhouses, some of which were built by the Southern Baptist church (which remains a big part of their lives). [The fact that there was such a law implemented to restrict a specific ethnic group is the greatest remaining witness to the number of Chinese immigrants of the initial wave (during the California Gold Rush, 1848-1855), as records or censuses of that time period have all but vanished.]  The parents worked 365 days a year to send their children to college; many of those children went on to be pharmacists, NASA scientists, veterans (the Delta was represented by 182 Chinese men who served in World War 2), doctors, and many other professions.

For a fascinating look at an almost unknown community in the heart of America’s South, click on the photo below and the links provided below that. 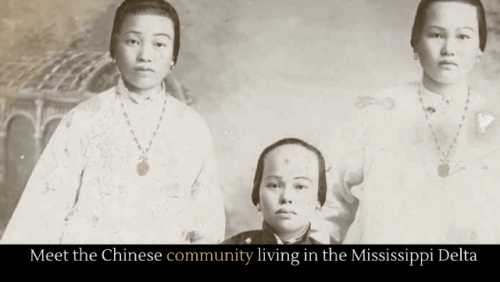