I haven’t posted for a while, and I apologize; sometimes I just need “percolating” time: Those are times when I might not do much writing, but I’m thinking about it, gathering ideas and creative input. One idea or article or film leads to the next, and the next. An article that I came across recently was an amazing story called “The War Bride Mystery”:

A young Icelandic woman named Ragna Esther Sigurdardottir married an American GI just after World War 2; she was only 18 and married against her family’s wishes. Once in America, she found out that the man she married was a “bad apple” – a violent man who beat her through two pregnancies. The daughter would be mentally handicapped until her death at the age of 49. When Ragna was hospitalized from a beating, she finally obtained a divorce; the children were taken from her and placed in state care, and she disappeared. For 60 years.

What makes the story fascinating is that she went on to marry again, and have a second family. That second family knew nothing of her past until her daughter discovered on her own birth certificate that her mother had given birth twice before. Likely out of shame for past mistakes, and not wanting to hurt anyone, she’d kept the secret to herself. But her Icelandic family had never given up hope of finding her, and with the help of a stranger with skills in research, they were finally able to put the puzzle pieces together and connect with Ragna’s American family.

The story was published in the Oregonian newspaper in a series of articles; if you’d like to read the whole story, click here.

World wars opened up the possibilities for many cross-cultural relationships, and brought men and women into positions of both opportunity and vulnerability; being far from home, one could reinvent oneself, for good or bad. Ragna was unfortunate in the choice of her first husband, but her second appears to have given her a happy ending, and the story goes on as her Icelandic and her American families connect the dots, and come to peace about the story of the missing war bride. 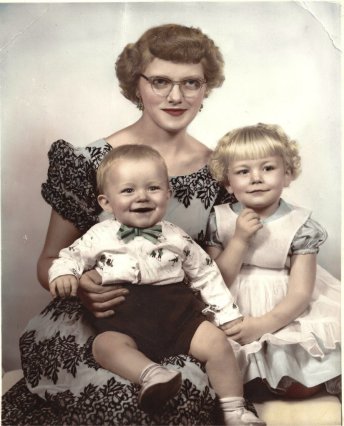