Today’s obscure word is one which describes something most of us know and love, but which most of us have probably never even thought about naming: Petrichor. It’s used to describe that delicious scent hanging in the air after rain has fallen on dry ground. The word entered the English language in the 1960s, and is a combination of the Greek terms “petra,” which means stone, and “ichor,” which means the fluid that flows in the veins of the gods in Greek mythology.

I grew up quite aware of nature: We would sit outside on porch swings to soak in the atmosphere of a spring or summer rain, sometimes curled up in blankets and usually silent as we listened to the rain pattering off tree leaves, or grass, or hitting the steaming asphalt of the street in front of our house. I could recognize the smell of approaching rain; I could recognize the signs of a coming tornado (that’s Kansas for you!) and could feel the crackle of electricity in the air prior to a lightning storm. Just before lightning strikes, there’s ominous silence, as if all energy has suddenly been diverted to that interaction; after it releases, the sounds of nature pick up again where they left off.

One sound I miss that was associated in my mind with those spring and summer rains is the chirping of cicadas in the evenings. We don’t really have such insects here in Switzerland, though I still have the sounds of crickets chirping at night, and the rain dancing across the forest and housetops, and the smell of Petrichor hanging in the air. 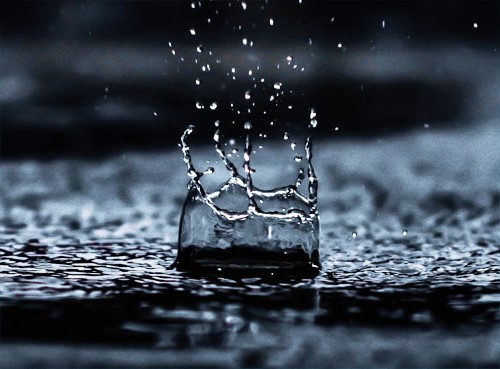 Have you ever had that feeling that, when you meet someone for the first time, you already know them? Most of us might think of that person as a soulmate – someone we understand and who understands us without using many words or having to explain ourselves.

Well, adronitis might be the antithesis: It means “the frustration with how long it takes to get to know someone”.  There are people I’ve known for years and tried to understand better, who are still a mystery to me. I can’t feel how they are doing or know what they are thinking, even with a lot of words. One might say with such people that they’re “on another wavelength” – and unless that person is a relative, they usually end up falling out of our lives fairly quickly.

May we all meet more people who are soulmates than those who give us adronitis!

A word might become obscure because it falls out of use, or another word comes along that can do the job better; sometimes it’s because a word might be hard to pronounce at first glance, and sometimes it’s because the concept it represents falls into obscurity, dragging the word down with it.  I would say that the latter two reasons apply to today’s word: Dustsceawung. A noun, it means the viewing or contemplation of dust. The “contemplation” aspect also leads to a second definition: The reflection of former civilizations and peoples, and on the knowledge that all things return to dust.

In our fast-paced world, not many people take the time to contemplate dust. But I would argue that, now more than ever, such times of contemplation are healthy – even necessary – to give us a balanced perspective on life. So next time you dust your house or your car dashboard, be grateful you have a roof over your head or transport…take some time to enjoy a bit of dustsceawung, contemplating the good things in your life.

“In order to improve the mind, we ought less to learn, than to contemplate.”
Rene Descartes

(n.)  A joke so poorly told and unfunny that you can’t help but laugh.  Lame; a lame joke.

Today’s obscurity is a slang word from Indonesia, and a tough one to prove, as one man’s junk is another man’s treasure, so to speak – everyone has a different sense of humour, and what is funny to one person may be lame to another, and visa versa.  But there have been enough bad jokes and opinions over the years that someone came up with a term for them.  In English, I’ve always known such jokes as “groaners”.

Here are a few examples:

I bought a ceiling fan the other day.
Complete waste of money. He just stands there applauding and saying “Ooh, I love how smooth it is.”

What do you call somebody with no body and just a nose?

According to the Merriam-Webster Dictionary and Wiktionary,  Flumadiddle(s) is something completely nonsensical or ridiculous; utter nonsense; cheap, worthless frills.   According to Dictionary.com, it is an Americanism that arose in the 1840s as a combination of flummery, meaning “complete nonsense,” and diddle, meaning “to fool with.”  It’s also the name for a savoury dish from the region around Cape Cod; click here to see the recipe.

I think it’s a word well worth rescuing from obscurity!  In fact, it’s probably more relevant than ever in our modern “culture” (I use that term cautiously, as what some people consider culture, others consider flumadiddle).  IMHO, flumadiddle could be applied to most television series, political speeches, internet “information”, and even many news articles.  So add it to your vocabulary, and have fun! 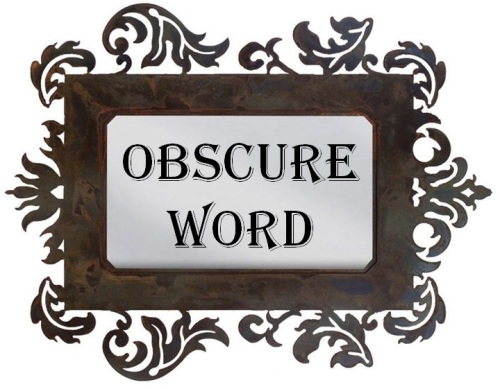 The use of Darkling over time. Source: Google

Darkling comes from Middle English derkelyng, and the verb darkle is a back formation thereof.  As a noun it means either darkness or a (fantasy) creature that lives in the dark.  It can also appear as an adjective meaning dark or darkening, or something that is obscure, unseen, or happening in the cover of darkness.  As an adverb it means in the dark or obscurity.

There is a Darkling Beetle, and a poem by Thomas Hardy called The Darkling Thrush, though the more usual use of the word is to be found in Science Fiction, e.g. in Star Trek Voyager, Marvel Comics, and a wide range of fantasy characters on the dark side of the fence.

According to the Urban Dictionary, you are a darkling if you are more sarcastic than charming, or if you are a geek, but a cool one.  Another application might be a portmanteau word from dark and darling.