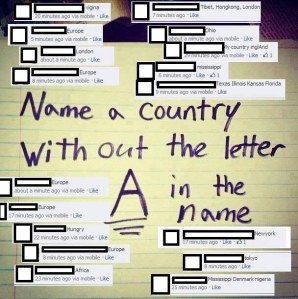 Recently I asked my Facebook connections if they could help me with a Latin phrase; the phrase has to do with the computation of days in the Julian calendar (calends, ides, nones, etc.).  Here is my exact post:

“Calling all Romance Language speakers (French, Italian, Spanish, etc.): Does the following phrase (any of its words) render something similar in your language, and if so, what do those words mean? The phrase is in Latin, “Principium mensis cujusque vocato kalendas” I understand the first and last words, but am curious about the three middle words… Thanks for any help.”

Quite a discussion ensued; but I still don’t know if there is an etymological equivalent or relative to “cujusque.”  One person suggested the connection of mensis (month) with the medical term – which I should have thought of as the German slang term is “Mens” for women’s monthly cycle.  But all other entries tried to help me with the first and last word, and I spent more time explaining my request than I saved by asking in the first place.

This is a trend I’ve noticed on the rise on Facebook in particular, but I am aware that it’s also happening across Cyberland; too often people skim over a text and assume they’ve understood it well enough to make an informed contribution to a discussion.  It’s harmless when it only has to do with topics of grammar and language; but when it also enters the formation process of people’s opinions in the political or social arenas, society beware.  I usually ignore such discussions with a healthy dose of eye-rolling; but sometimes I have to intervene in the propagation of half-baked ignorance, or I won’t be able to sleep at night.

The illustration is a perfect example of this vague exactitude; people took the time to reply, but they did not take the time to properly read, to inform themselves of the actual task at hand.  I have only two words to add:  STOP IT!