POV is shorthand in the film industry for “point of view” – in that context, it has to do with not only the narrative context but also the camera angles and editing process.  Changing the POV can affect the way the audience – or readers – perceive a character, an event, or the overall atmosphere of a scene. 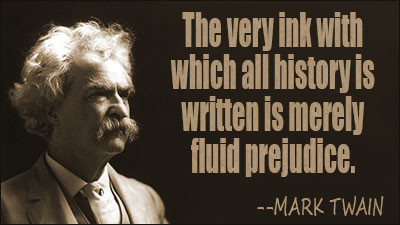 Recently I was watching a history documentary series from BBC called, “British History’s Biggest Fibs”, with Lucy Worsley.  The basic point of the series is that history is subjective; whoever wins gets to name the battles, and shape future generations’ perceptions about events; the victor gets to smooth over their own weak points and play up their heroism for posterity.  PR and spinning a good yarn helped to shape how reigning kings were perceived and toppled, or usurpers could style themselves as “successors”.

When writing a novel, the POV can drastically change a scene either from the inside, or the outside, or both; by that I mean that either the scene itself changes “camera angles” to tell the story from a slightly different perspective, or that something within the scene shifts slightly, affecting the reader’s perceptions of characters or events in the scene.  For example:  I was reading through a particular scene in my current manuscript that I knew I wasn’t happy with, but couldn’t put my finger on exactly what it was that bothered me aside from the outcome.  The scene involved an unjust flogging aboard a Royal Navy ship.  The officer on duty was forced by the captain to either flog the innocent man or be punished worse in his stead.  The original scene played out with the officer carrying out the punishment unwillingly but obediently.  The scene’s purpose is to show the gradually decaying grip on reality in a captain going insane; I wanted a stronger contrast, and so I tweaked the dialogue, which changed the outcome:  The officer refuses to punish the innocent man and takes the punishment on himself.  This outcome builds far more tension among the crew, gives grounds for retribution against the true instigator (a snivelling King John’s man of a junior officer), and contrasts the honourable dealings of the officer on duty against the captain’s failing sense of right and wrong.  By shifting the scene slightly, I take the reader and myself down a much steeper path.

In this illustration from Marvel’s Avengers film series, the camera angle chosen gives much more of an adrenaline rush than, say, if you were passively watching from off to the side; the fact that the arrow’s flying straight at you gives the scene that extra “kick”.

If you find yourself staring at one of your scenes – or even an entire premise of your story – that you’re not satisfied with, trying shifting the POV (sometimes it helps me to refer to it as the “camera angle”).  Put your inner eye’s camera in a different position in the scene, and see if that unlocks the key to improving that scene, the story arc or a character’s arc.  Keep writing!