Time of the Mad Atom

I came across this poem recently; more of Virginia Brasier’s works can still be found in printed form, or on Google Books.  This was originally posted (from what I can find out) in the Saturday Evening Post, Volume 221, 1949.  Whenever it was written, it’s just as timely and poignant today.

“Time of the Mad Atom”

This is the age of the half-read page.

And the quick hash and the mad dash.

The bright night with the nerves tight.

The plane hop and the brief stop.

The lamp tan in a short span.

The Big Shot in a good spot.

And the brain strain and the heart pain.

And the cat naps till the spring snaps—

And the fun’s done! 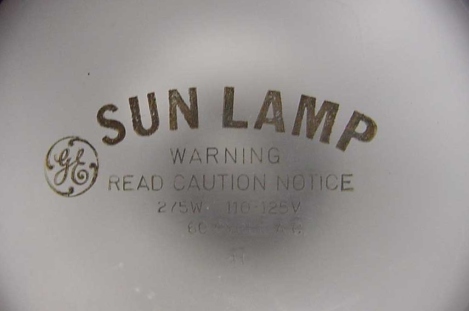 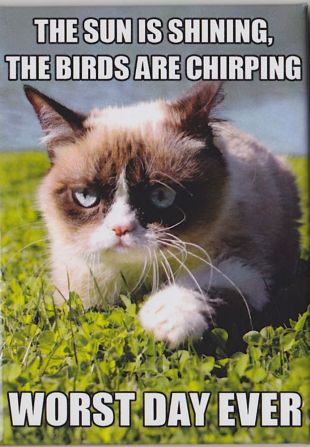 I came across this poem online, but without crediting the author; so I went in search, found, and give them the credit they deserve for a clever piece!

Today was the absolute worst day ever

And don’t try to convince me that

There’s something good in every day

Because, when you take a closer look,

This world is a pretty evil place.

Some goodness does shine through once in a while

And it’s not true that

It’s all in the mind and heart

True happiness can be obtained

Only if one’s surroundings are good.

It’s not true that good exists

I’m sure you can agree that

It’s all beyond my control.

Today was a good day.

Now read it from bottom to top, the other way,
And see what I really feel about my day.

The Glorious Chaos of English

English, in many ways, is one of the simplest languages to learn quickly and in which to converse fluently; but scratching below the surface one rapidly finds incongruities.  As a teacher for English as a foreign language for adults (TEFLA), I was frequently confronted with the challenges of teaching students to spell and pronounce words correctly, but I was also comforted by the fact that English nouns only come with four possible preceding cases, or articles (a, an, the, and none), rather than, say, German, in which each noun has a nominative, genative, dative or accusative, singular or plural form of their case; or Finnish, which has a whopping 15 cases.

The Chaos, a poem written by the Dutch traveller & teacher,  Gerard Nolst Trenité (1870–1946), gives ~800 examples of irregular spelling.  In general one can say that there are spelling “rules”, but English, in all its historic complexities of absorbing, digesting and recycling influences from conquerors, enemies, travelling companions and allies, seems designed to say “rules can and will be broken”.  I would never give his last advice to anyone – but after reading this poem, you’ll understand that English needs tenacity and constant practice to use well!

I will teach you in my verse

I will keep you, Susy, busy,

So shall I! Oh, hear my prayer,

Dies and diet, lord and word,

Sword and sward, retain and Britain.

(Mind the latter, how it’s written).

Made has not the sound of bade,

Now I surely will not plague you

With such words as vague and ague,

But be careful how you speak,

Cloven, oven, how and low,

Hear me say, devoid of trickery:

From “desire”: desirable–admirable from “admire.”

Knowledge, done, but gone and tone,

Banquet is not nearly parquet,

Which is said to rime with “darky.”

Toward, to forward, to reward.

When you say correctly: croquet.

Friend and fiend, alive, and live,

We say hallowed, but allowed,

Chalice, but police, and lice.

Rime with “shirk it” and “beyond it.”

But it is not hard to tell,

And enamour rime with hammer.

Doll and roll and some and home.

Stranger does not rime with anger.

Neither does devour with clangour.

Soul, but foul and gaunt but aunt.

And then: singer, ginger, linger,

Query does not rime with very,

Though the difference seems little,

We say actual, but victual.

Reefer does not rime with deafer,

Feoffer does, and zephyr, heifer.

Tour, but our and succour, four,

Say aver, but ever, fever.

Never guess–it is not safe:

We say calves, valves, half, but Ralph.

Crevice and device, and eyrie,

Face but preface, but efface,

Large, but target, gin, give, verging,

Ought, out, joust, and scour, but scourging,

Ear but earn, and wear and bear

Do not rime with here, but ere.

Seven is right, but so is even,

Is a paling, stout and spikey,

Won’t it make you lose your wits,

It’s a dark abyss or tunnel,

Islington and Isle of Wight,

Don’t you think so, reader, rather,

Finally: which rimes with “enough”

Though, through, plough, cough, hough, or tough?

Hiccough has the sound of “cup.”

My advice is–give it up!

The Jabberwocky and the Totemügerli

Unless you’ve been living under a rock, chances are you’ve heard of Alice in Wonderland; at the least your curiosity might have been piqued enough to read it after seeing The Matrix, or be mistaken in thinking that you don’t need to read the book if you saw Tim Burton’s film with Johnnie Depp.  The sequel to Lewis Carroll’s most famous work (mentioned above), called “Through the Looking-Glass, and What Alice Found There“, written in 1871, contains the famous nonsensical poem called the Jabberwocky, which I present here:

‘Twas brillig, and the slithy toves

Did gyre and gimble in the wabe;

All mimsy were the borogoves,

And the mome raths outgrabe.

“Beware the Jabberwock, my son!

The jaws that bite, the claws that catch!

Beware the Jubjub bird, and shun

He took his vorpal sword in hand:

So rested he by the Tumtum tree,

And stood awhile in thought.

And as in uffish thought he stood,

The Jabberwock, with eyes of flame,

Came whiffling through the tulgey wood,

And burbled as it came!

He left it dead, and with its head

He went galumphing back.

“And hast thou slain the Jabberwock?

Come to my arms, my beamish boy!

He chortled in his joy.

‘Twas brillig, and the slithy toves

Did gyre and gimble in the wabe;

All mimsy were the borogoves,

And the mome raths outgrabe.

as “portmanteau words” meaning the combination of both sound and meaning of two words into one; e.g. frumious being “fuming” and “furious”.  Some of the words have since made it into the English language, such as galumph or chortle, while some were words he revived, such as gyre and beamish.  And personally I think some of his words deserve wider use, such as brilling, slithy, snicker-snack and Bandersnatch!  Click on the photo to the right to hear the poem read.

Now… “what is the Totemügerli,” I hear you ask?  It is the Swiss-German version – not a translation, but an original story by Franz Hohler, a Swiss cabaret performer; Bernese German, to be more precise.  Bern is the political capital of Switzerland, and historically has one of the richest, most colourful dialects of all the Swiss German dialects; I am fluent in the Zürich dialect, and can understand all the other Swiss-German dialects, including Walliserdïïtsch, which is the oldest of all Swiss dialects; and I can guarantee you that the Totemügerli story is 90% nonsense, and yet tells a clear tale!  For those of you interested in the text, here it is:

If you’d like to hear it read out by Franz Hohler himself, in a cabaret show recorded during the ’80s, just click on the image below. 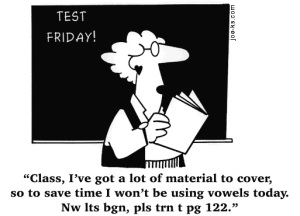 The following poem has been floating around for years; it’s so popular because it’s a great encapsulated example of the weirdness of English as a language!  It’s also a great exercise in stretching your vocabulary, being more aware of how to say words that are often only seen written and never heard pronounced.  And if you come across a word you don’t know, or could swear it’s pronounced differently than the rhyme of the poem indicates, I challenge you to look it up (Wiktionary is an example of a good source which shows how various dialects of English pronounce words if there is more than one option); and if you feel completely overwhelmed, click on the cartoon above to watch someone else chew their way through it!

I will teach you in my verse

I will keep you, Suzy, busy,

Tear in eye, your dress will tear.

So shall I! Oh hear my prayer.

Dies and diet, lord and word,

Sword and sward, retain and Britain.

(Mind the latter, how it’s written.)

Now I surely will not plague you

With such words as plaque and ague.

But be careful how you speak:

Say break and steak, but bleak and streak;

Cloven, oven, how and low,

Hear me say, devoid of trickery,

Billet does not rhyme with ballet,

Toward, to forward, to reward.

When you correctly say croquet,

Friend and fiend, alive and live.

And enamour rhymes with hammer.

Doll and roll and some and home.

Stranger does not rhyme with anger,

Neither does devour with clangour.

Souls but foul, haunt but aunt,

And then singer, ginger, linger,

Query does not rhyme with very,

Though the differences seem little,

We say actual but victual.

Refer does not rhyme with deafer.

Foeffer does, and zephyr, heifer.

We say hallowed, but allowed,

Chalice, but police and lice;

Tour, but our and succour, four.

Say aver, but ever, fever,

Crevice and device and aerie.

Face, but preface, not efface.

Large, but target, gin, give, verging,

Ought, out, joust and scour, scourging.

Ear, but earn and wear and tear

Do not rhyme with here but ere.

Seven is right, but so is even,

Is a paling stout and spikey?

Won’t it make you lose your wits,

It’s a dark abyss or tunnel:

Islington and Isle of Wight,

Finally, which rhymes with enough?

Though, through, plough, or dough, or cough?

Hiccough has the sound of cup.

My advice is give it up!